RCCC President and Troon Portland member Andrew Kerr presented a medal marking the club’s 100-year anniversary as a member of the Royal Caledonian Curling Club to the club’s board during an informal meeting at club President Alan Caldow’s home on June 3rd. Although Troon Portland has been a member of the RCCC for more than 100 years, the medal marks 100 years of continuous membership.

The board had hoped to hold the presentation at an all-club meeting, but as it is unclear when government regulations will allow such a meeting, it was decided to move ahead with a presentation to the board.

The medal will be available for members to view at the next Troon Portland AGM.

Special thanks to Alan and Jessie Caldow for hosting the event, which included a delicious lasagne dinner. 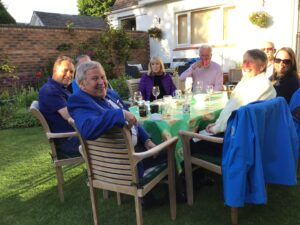 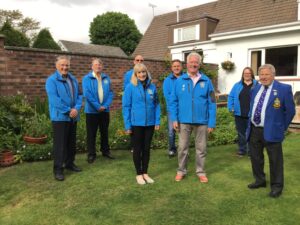